No comments to show.

In the latest example of LGBTQ book-banning hysteria, a local official in Connecticut circumvented procedure and ordered the immediate removal of a RuPaul biography from library shelves.
Colchester First Selectman Andreas Bisbikos took the action after a dad in the rural town southeast of Hartford complained that the book in the children’s section of the Cragin Memorial Library contained a “sexually provocative“ image.
“A citizen reached out to me about a book that had some very sexually provocative – had a sexually provocative image that he felt was concerning,” Bisbikos said. “The book in question was immediately removed from circulation.” 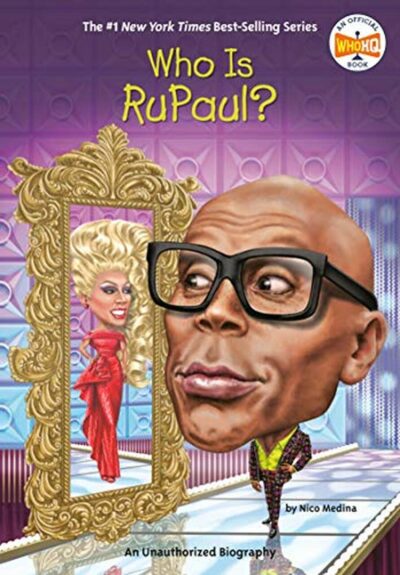 Who Is RuPaul? is part of a series of best-selling biographies of pop culture and historical figures for 4th, 5th, and 6th-grade readers.
The image in question is a drawing depicting four individuals in poses spelling out the word “VIVA”.
The library’s director Kate Byroade says Bisbikos overstepped his authority.
“He completely bypassed how you’re supposed to handle things,” Byroade said. “This is the exact definition of censorship.”
“I was told to remove the book and I said ‘No, we have a procedure, we have a form. I don’t turn around and remove something from the library on a whim,'” she added.
By Wednesday afternoon, Byroade said she’d received an official complaint forwarded by Bisbikos. The library will now begin the lengthy procedure of making a formal decision.
Byroade said that Bisbikos asked her to conduct a review of all the books in the library’s children’s collection – more than 20,000 – by the end of the week. She told the selectman that wasn’t going to happen.
She added Bisbikos asked her directly whether she thought the image in the RuPaul book was sexual. She said no.
The biography by Nico Medina is part of a series of books titled “Who Is” and “Who Was”, referred to by kids as the “big head books” because of the caricatures with large heads on the covers.
The image in question is no different from “objectified images of women” seen in other books that have not been pulled from shelves, Byroade said, like books featuring female superheroes.
“The woman is wearing thigh-high boots, which is what Bat Girl and Bat Woman and Wonder Woman basically wear,” she said. The women around her are spelling out the letters “VIVA” with their bodies, like many athletes featured in books do.
“When cheerleaders and dancers spell letters with their bodies,” Byroade explained, “that’s what they’re doing.”
The Connecticut chapter of the ACLU said Tuesday that they condemn the first selectman’s decision.